Kristina, Jason and Lincoln on TLC!

Beginning Tuesday, February 2nd at 10pm, Jason, Kristina and Lincoln will be on the new TLC series Rattled!

Rattled follow four couples through the first year of their first child’s life. Watch the preview here and tune in to see all the excitement!

This month, JJ Ramberg of “Your Business” on MSNBC chose to feature Sitters Studio as an example of Company Culture! We had a wonderful time with the film crew, and we got a great behind-the-scenes look at what it takes to create a news segment. Everyone in the office was interviewed, and Ms. Ramberg’s questions reminded us of how much we enjoy working together. We spent two days filming, both in the office and “on location,” to create enough material for five exciting minutes! This clip has everything; laughter, storytime, rock and roll, a ukulele and even an operatic aria! Can you spot them all? 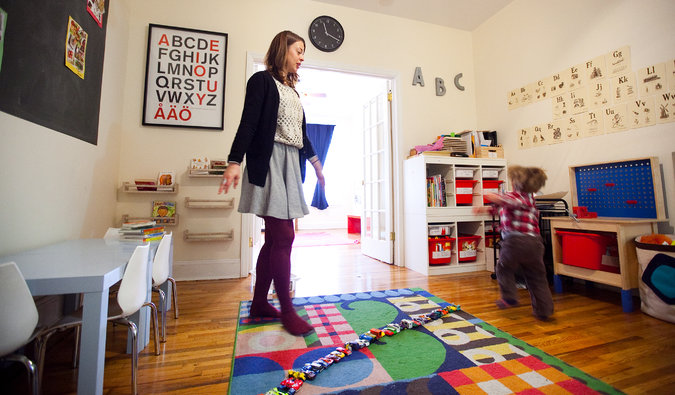 Where Babysitting Is Truly an Art - The New York Times

We’ve been featured in the Admit One column in the New York Times. Checkout a great profile of our hard-working artisitters!

The challenge:Getting parents to go with a new, and not yet trusted, babysitting service.

What she did: After hearing a lot of griping from friends and colleagues about finding good child care… see the full article here:

Struggling artists and performers sick of waiting on tables find a perfect business in child care.

When the Sitter's an Artist

“…Ms. Wilson, who studied vocal performance at New York University, went to work for Morgan Stanley after college and shuffled back and forth between the office and auditions, rehearsals and performances.

After hearing colleagues at Morgan Stanley lament the dearth of good sitters, Ms. Wilson approached her boss, who helped her launch Sitters Studio.

…Television and surfing the Internet are strongly discouraged and, for the most part, prohibited. Both Ms. Darin and Ms. Wilson make sure their sitters know how best to play to their own artistic strengths, but are also prepared with back-up plans.

…They employ more performing artists than visual artists, which reflects the demographic in New York and also the owners’ interests. Ms. Wilson explained that the makeup is reversed in her hometown of Chicago, where she operates a second Sitters Studio, managing 30 to 40 artisitters remotely.

Part of that is recognizing that the artisitters need support in their efforts to become professional artists. Ms. Wilson’s Sitters Studio has three studios in its new office on West 30th Street, and some of the sitters use them to run their own theater companies, or just to warm up before auditions.

Ms. Wilson joked that artistic baby-sitting is a natural fit for New York City, where young artists looking for work can hook up with a clientele base in search of credentialed, creative sitters. 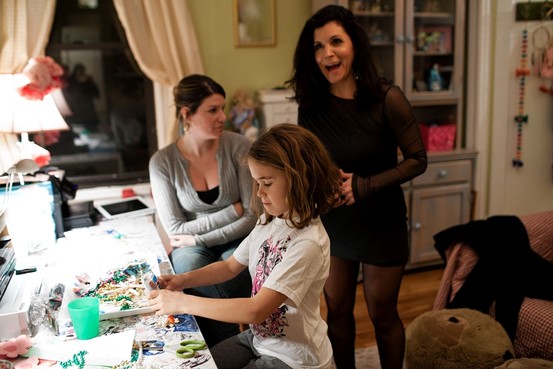 After you have typed in some text, hit ENTER to start searching...